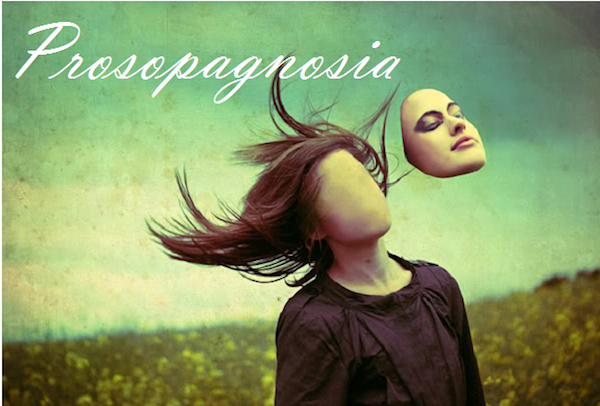 One of the more interesting side effects of the stroke I had about 18 months ago – was that I lost the ability to recognise people’s faces.

It’s called Prosopagnosia and it’s caused by damage to the fusiform gyrus on the right hand side of the brain. It’s not that I can’t physically see people’s faces, it’s just that they don’t mean anything to me or ring any bells – even if I know that person really well. I lose family and friends in crowds and even supermarkets and pubs. I know of mothers who can’t spot their children in a playground and teachers who don’t recognise their pupils. I’ve heard of work colleagues introducing themselves to fellow workers at least three times in one day. Or not knowing who someone is once they change something about their appearance like the cut or colour of their hair.

If I hear a voice, however, then I immediately know who they are. It’s not like I’ve forgotten them, just that the bit that ties what someone looks like to whom and what they are to me – is missing. Think of it like this. Imagine there’s a smell that takes you back to a time or place, but one day, you smell that scent and it means nothing to you. It doesn’t bring back the memories and emotions. It’s just another smell. Sort of like that.

One of the odd things about this is that you don’t recognise celebrities or actors. I’ve watched whole films and when the titles come up realised that I’ve been watching an actor I know really well. Not just from other performances, but personally! But they’ve looked different, or acted differently or used a different voice and I’ve had no idea.

There are tests you can take to see if you have this issue – 2% of people have it from birth, so it’s more common than you might think. Mine is the rarer ‘acquired’ type. Oddly, since having this, I’ve discovered that a couple of people I know quite well also have a version of it and didn’t even know that they did.

There’s the other side of the coin – ‘Super Recognisers’. These are the sort of people who can pass you in the street and remember that they were at school with you 30 years ago. But for now, let’s stick with the Proso’s and the point of this article.

I’ve also discovered another major side effect of this condition – is that I don’t really know what counts as good looking or handsome or ugly or pretty or gorgeous or plain or attractive purely from someone’s face. I need to look past that into their character. Their words, their actions, their demeanour. Everything but the one thing that normally acts as the flag. Their face. Which is good news if your face isn’t what you’d like it to be, because it doesn’t matter a damn to a Prosopagnosiac. It’s an old cliché about looking past the face and into the soul, but that’s exactly what we have to do. We care much more about what’s on the inside because we have no idea what’s on the outside.

People, in general, could learn a lot from Prosopagnosiacs. We have to be very careful how we approach people because we might already have said hello, or they might be someone we’d rather not engage with, or they might be a friend or a family member – we don’t have a clue. We have to assume that anyone who smiles at us, knows us, and so we smile back (not a bad recipe for a nicer world). We hope we don’t accidentally snub people that we do know, by blanking them when we’re at social events because we haven’t recognised them, so we’re super- friendly to all and sundry. And we never, ever take people on face value, because to us, their face has no value at all. It’s what’s behind the eyes that counts. And when you’re in the dating pool, that’s what takes you out of the shallows and into the deep end. 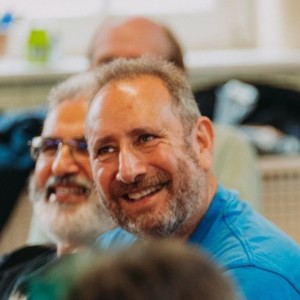 Bruce began his career in advertising in 1976 as a copywriter following completion of the UK’s first advertising-specific BA Arts courses (at Ealing School of Art). He has worked at a variety of advertising agencies at many levels – from Junior Writer to Creative Director to Chairman and CEO – mostly in London, with occasional work in Canada. Germany, Switzerland and Scotland. Due to mergers and acquisitions, some of the agencies he has worked for have been absorbed and have acquired new names. Where that’s happened, these are the current names: Publicis London; McCann London; Adam & Eve DDB; Ogilvy & Mather; RKCR/Y&R. Apart from these agencies, he also started two of his own, exiting the last one in 2002, since when he has invested in Tech businesses, mentored young people at the SCA2.0 and spent time driving elegant cars elegantly and fast cars fast (on tracks, of course).
Show Comments Hide Comments