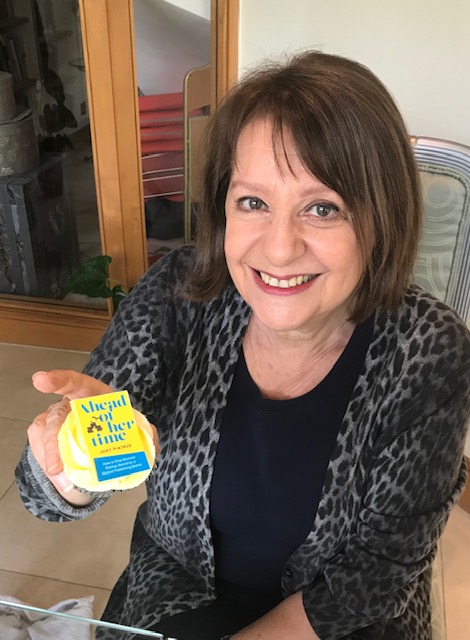 Judy Piatkus, 71, is an entrepreneur, publisher and business coach specialising in conscious leadership. She founded Piatkus Books when she was in her 20s and grew the company to become an international brand, before selling it in 2007, just before the global financial crash that she had shrewdly foreseen. She is now a keynote speaker and a coach and mentor to start-ups. In 2011 she founded Conscious Café, a network that brings people together for connection and discussion.  www.judypiatkus.com

It was 2019. I had no plans to write a book as I travelled to a café in Islington, North London, for a ladies networking lunch organised by a friend of mine. Yet one of the women I was to meet there was to set my life on a new and unexpected trajectory during the next three years.

Helen Elizabeth Evans offers a process called Scientific Hand Analysis which helps you understand yourself better. I was fascinated when she looked at the palm of my friend’s hand and revealed information about her that she could not have previously known as they had only just met. I booked my own session with Helen and discovered that I had ideas I wanted to communicate to the world, stories I wanted to share. Writing some of them down seemed an obvious route to go and so it began.

My background is book publishing and I had founded my company, Piatkus Books in 1979 and sold it successfully in 2007 to one of the largest publishing conglomerates. I had made a first attempt at writing a book after that but the three eminent literary agents I offered it to were not impressed and so I abandoned it. 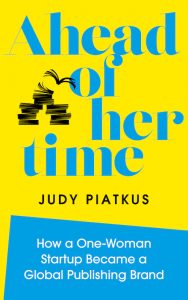 At the start of 2019, I determined that writing my book would be my project for that year and that I would approach it in a more professional way. I joined a writing class run by a previous colleague from my publishing days. It soon became clear that memoir would be the form of writing that came most naturally to me and so I began. Interestingly, I didn’t write about my life in a linear way. I wrote the easiest chapters first and then amalgamated them with later chapters which were harder to write and didn’t flow so effortlessly.

After I had written 40,000 words I sent them to an experienced freelance editor who a publisher friend recommended. It was an anxious time waiting for her response. However, she was very encouraging and suggested guidelines that I could follow. I persevered and finally, the book was completed. It was a great feeling to finally write those two immortal words ‘the end’.

I sent the completed typescript which was by then about 80,000 words to the freelance editor and asked if she would copyedit it so that I could look for a literary agent to represent me. She got to work, subtly improving what I had written. Nevertheless, it was still a shock when the early pages were returned to me as she had cut 20,000 words from my text. As an ex-publisher though, I knew that whatever she had chosen to leave out would improve my book immeasurably and after a couple of days of adjustment, I was able to send it out on a quest to find a literary agent who would represent me.

Although a former publisher myself, I hadn’t given much thought to which company might publish it. Over the next eight months a literary agent took it on and she sold it to Watkins Books, a perfect fit, as it turned out because Watkins publish books in the genres I was writing about. 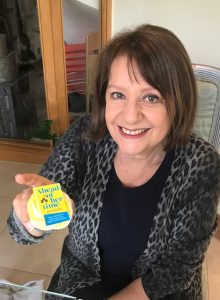 My memoir is entitled “Ahead of Her Time: How a One Woman Startup Became a Global Publishing Brand”. It’s the story of how I started the business in my bedroom at home in the 1980s when I was pregnant with my second child and how my colleagues and I gradually built it into one of the UK’s most successful independent publishing companies. We became known for publishing popular fiction and for being pioneers in the area of alternative health and personal growth publishing. In the 1980s we published classic bestsellers such as Colour Me Beautiful and cookbooks by Mary Berry whose first book for Piatkus, Fast Cakes, is probably on many of your shelves. We also published the earliest works by Jon Kabat Zinn, who brought the concept of mindfulness to the West and a range of health and mind, body and spirit titles including the first UK books on detoxing and decluttering.

In April this year – 2021 – my book was published. And so, after all these years of enabling other authors’ voices to be heard, I too found myself holding my own book with my name on the front and not on the spine this time. By now the UK publishing trade has of course changed considerably. Amazon controls over 50% of the marketplace and my book is available as a hardback, as a kindle download and as an audiobook. I already had a platform on social media (essential for all aspiring authors) but it was nevertheless quite an adjustment to find myself personally connecting with readers via Twitter. There was also a lot of new terminology to learn.

The advantage of being able to look back on a richly-lived life at this time of my life has been immeasurable. I feel very grateful that, at the age of 71, I am still capable of taking on a fascinating new project and of being able to see it through to completion. Age truly is no barrier when you have the right mindset.