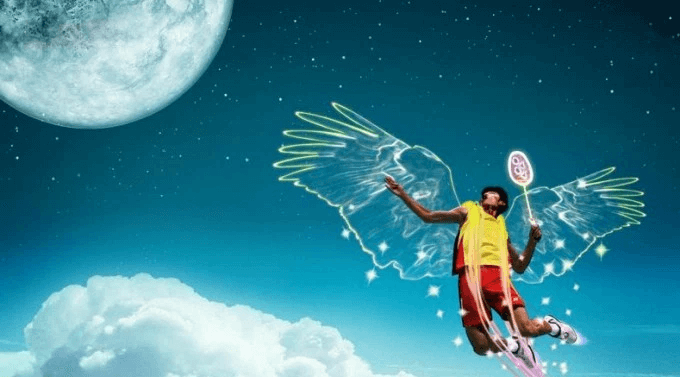 Aged nine it did not take a lot of time for boredom to set in when out on a fishing trip on the Lough Mourne with my father. The patience required for the trout to bite alluded me at the time, in what now looking back, was a beautiful wooded setting close to my home town of Carrickfergus in Northern Ireland. I was drawn back to those times recently when out on one of my frequent dog walks. I was watching Briar, my six-month-old Springer spaniel puppy running free among the woods on the Wiltshire plain set above the beautiful Vale of Pewsey.

I was wondering when was the last time I had felt as energetic and wanting to run at that pace for the sheer joy and hell of it? Then I thought back to those fishing trips where I would disappear away from the water’s edge and head up into the dense woods. Just as Briar the puppy had been doing, inventing games in my head to play on my own. One of them was running full on, as I thought at the time, like Hawkeye in the “Last of the Mohicans”. Full of fun and health, just running and skipping between the trees for the sheer love of it. Lost in a world of my own, seemingly on a different plane, losing contact with the ground at points through the speed and agility of movement.

In my late teens, I would feel that lightness and almost floating sensation again when I moved to England to train and play Badminton at a semi- professional International level. That occasional feeling in a game, both of all the long hard hours of training mentally and physically coming together in one sublime set of movement and strokes. That ability to glide across the court, jump to new heights to smash the shuttle with effortless ease, creating an adrenalin buzz that would last many hours and take a long time to come down from.

Fleeting times that these were, I would not have missed them for the world; surely this was a type of drug, not just an endorphin rush, but my own private little narcotic. After sport, at that level of fitness as many top class sports people will attest, the drop down after you stop playing at that level can be hard. To substitute that sensation or moment is a challenge and one that most never do replace and have to live with that acceptance. I can see here where the temptation of taking a drug might creep in to sustain that level of feeling and performance for just a little bit longer.

Luckily in my late thirties, it came to me again. This time as an entrepreneur, a different type of full on existence, some say 24/7 in the whirl of building a technology start-up in the Dotcom era. Based in Silicon Valley California, seven weeks there and 3 weeks back in the UK for over 2 years, a full on adrenalin spree, pushing what turned out to be a successful company into the global market. Again the theme of competition, but less about fitness and more about the resilience of mind and body.  Pushing harder than other killer players to win. When you do, the euphoria engulfs and surrounds you again on a very similar level, that floating feeling comes back.

I say luckily, but as I often say to young entrepreneurs starting out on the start-up path having built five companies myself over 25 years. There is only one certainty, at the end of the run, you will be sat in a corner exhausted and in tears. This will be because you have either just sold the company and won the game, or alternatively and more likely have lost the lot. Coming back from both scenarios is equally challenging, just different, surprisingly.

As I enter my sixtieth year, I have returned to the badminton after 22 years retired from playing, never having been on a court in anger in all that time. I was not setting out to recapture that feeling of exhilaration again, that would be foolish. But I had been back to the gym for the best part of two years and strangely as I saw it, was as fit as I probably had been in a decade. I had promised myself I would return to the badminton one day when I could play it socially and not mind losing or at least not mind as much as I used to. I had thought after my sixtieth birthday, having gained my senior railcard would be the considered time. But prompted by my current fitness and also thinking you never know what is round the next corner, I signed up for the winter season.

I was out drinking recently with a friend of mine in London; we were coming up the steep escalator at the Angel Tube station. Now I am giving him ten years but we were both moving at pace and we were chatting away as we do about a range of topical subjects. I enquired about his health, a throwaway line as I make it seem, but I am always keen to know my friends and their families are OK. Especially male friends who as we know rarely visit the doctor until too late and are hesitant about discussing these areas.

Anyway, I think he was surprised, but used the term robust to describe how he felt and I thought yes that is the word, as we get a little further down the track, we need to feel robust and able to deal with the hustle and bustle of today’s fast changing world. Those of us lucky enough to have good health and this does seem to be the luck of the draw, should relish that particular high. I have just been reading “The Triumphs of Experience” by George E Vaillant this is the longest longitudinal study of human development ever undertaken. The bottom line there being that our lives continue to evolve in our later years, and often become even more fulfilling than before.

This, of course, goes against conventional thinking, that in particular, men get set in their ways “can’t teach an old dog new tricks”. But this ability to reinvent oneself at any age is there and much needed given modern demands of innovation and the technological impact on our lives. Those moments of joy, ecstasies, floating whatever way we wish to describe them, are all possible throughout life. I am certainly looking forward to creating more magic, using my own drug of choice on the next stage of life’s adventure. 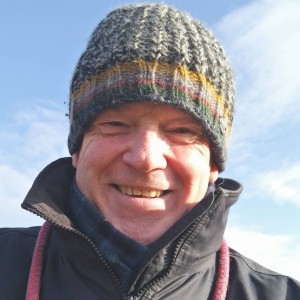