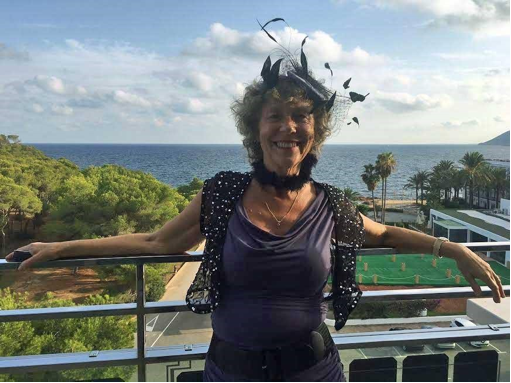 I joined Instagram over a year ago thinking that this would be a good way of promoting my book. My goal was to reach 10,000 followers. Then I got really scared. Did I dare to come out as a sexy, older woman on a platform like Instagram? I thought everyone would laugh at me and say; ‘How can someone over seventy, be sexy?’ I dared. 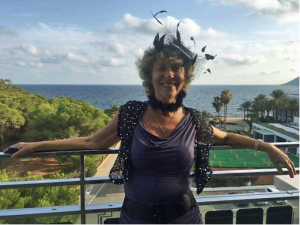 The response has been amazing. It seems that most people love it. They say it gives them hope. So, I have reached 10K followers and it has been great fun. And is also how I found my publisher, Publishing Push.

This book follows me from the misery of menopause, through my 50s and 60s, to 70. It has been a life-changing journey. I was so happy to finally really wake up. I have written the book for people, especially women, who think that menopause might be the end of the road. For many years, I really believed that my days as an attractive, interesting and sexy woman were well and truly over.

Especially, when I knew that my quota of eggs had run out. I believed Cher when she said: ‘Fifty sucks. Men don’t look at you anymore.’ I bought into all the societal messages that I was a dried out old husk, heading for withered crone-dome. I hated getting old. Cruise ships were full of ageing wives whose husbands had left them for a younger model. The world seemed grim. I ate too much and my evening quotient of wine rose steadily. I developed more chins. I became an apple shape as my middle expanded. I started to wear loose floppy tops. 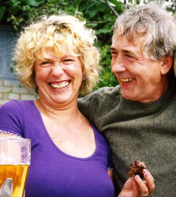 Annoyingly my husband, Jake, got better looking with age. I railed and railed that it was totally unfair. Men got more debonair as they got older. I hated getting wrinkles. I became obsessed with having a facelift. ‘I will leave if you do,’ said Jake. My interest in sex dwindled to almost zero. I gobbled yam pills and a herb, suitably or unsuitably, called ‘horny goat’, but to no avail. I read Germaine Greer and Leslie Kenton who talked me out of HRT. ‘Was that right?’ I wondered on a bad day. ‘Surely estrogen rollicking through my veins might make me look younger and sexier.’ Germaine said she was happy that men didn’t look at her as a sexual object anymore, but appreciated her brain. I personally would have happily traded in my Ph.D. for just one wolf whistle.

Things came to a head when my husband was smitten by another woman who was half my age. I was devastated. But what could I do? Especially when I was being stalked by the Dowager of Decrepitude. Well, I turned and faced that Dowager head-on. I kicked myself up my sorry backside, dyed my hair black and had a spiky cut. I bought a black leather jacket and leather pants, and out I went to claim my man back. This is described dramatically in the book and with it came an intriguing twist that I hadn’t expected. The best outcome was that my sexuality came back like a tsunami.

Little did I know that this blast of sexual awakening, after several years of being a dried-out husk of a woman, would launch me into a fearsome self re-evaluation. I would become to my total surprise, a sexy, rampant flirt in my 60s. And with this came a re-emergence of my spiritual self. Really? Sexy at 70 and spiritual? I had engaged in many spiritual practices for over 30 years but had not yet learned one of the fundamental principles of those practices – which is to accept and love oneself totally.

With the aid of some tough self-inspection, deep inner exploration and openness to new experiences, I faced down my negative spectre of cronedom. Jake and I found some younger friends who introduced us to a whole, buzzing, new party world and I started to learn to flirt. Jake enjoyed flirting too and encouraged me. The book describes some of my early woeful flirting experiences, but I persevered. What I discovered was it had little to do with wrinkles and sagging skin, but all to do with inner confidence and self-belief. It was transformational and I had a blast. 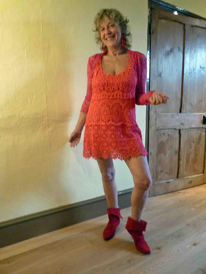 I also explored different gurus and different spiritual paths, which all helped me see what was in the way of me truly accepting myself. I also explored the therapeutic effects of drugs, which helped me overcome limiting self-beliefs. My mother was destroyed by severe schizophrenia, which caused havoc in my childhood and teenage years, as I watched her descend into a drooling vegetable. She had never overcome growing up in Stalinist Ukraine and then at age 17 was taken as a prisoner by the Nazis, and forced to work as a slave in Germany. One of my powerful beliefs was that I would also go mad. So, I went to Peru to face my fear of madness, once and for all. With the help of my husband, Shamans and the jungle drug, ayahuasca, I managed to put my mad demons into cages where I could keep them in order. That was incredibly freeing.

There were other tough lessons along the way and many tests, especially physical. Debilitating sciatica nearly ended my marriage and cancer spread its dark shadow over our lives; as well as claiming the life of a dear friend. My husband got lung cancer and I developed a rare cancer of the blood. The book describes how we dealt with these misfortunes and fell more and more deeply in love with each other.

By dealing with my unruly unconscious, and as a result of further meditation, I made a startling discovery at age 64. Inside me was a Russian Bar Girl waiting to come out. This was not easy to accept. Russian bar girls are young and beautiful, they stereotypically pick up men in bars. Here I was supposedly on the way to becoming a wise old crone, and instead, I had to come to terms with this voluptuous, seductive inner woman, chomping at the bit. I started to do sexy dances for my husband. I said to him; ‘Aren’t I too old for this?’ ‘No,’ he answered, ‘I have been waiting patiently for years.’ So at least once a week I put on a sexy outfit, some music, and dance; such fun and so liberating. Below are some of the many IG photos, entitled ‘date night in’. 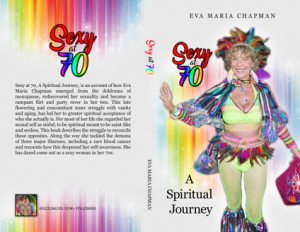 My book ‘Sexy at 70- a Spiritual Journey’ will be published on October 10th by www.publishingpush.com 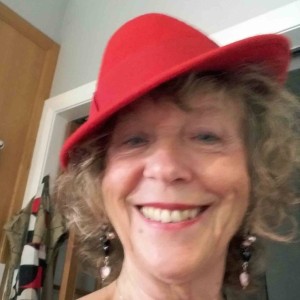 I have had successful careers as a secondary school teacher, psychotherapist, academic researcher (PhD), Enlightenment Master, a business woman (NES) and now a smallholder. I became an author as a result of nursing my stepfather, Sasha, for the last 2 years of his life. After a 33-year estrangement we totally forgave each other. He unburdened the harrowing story of his Jewish family in Ukraine in WW2 and died a happy man. This led me to write Sasha & Olga (2006, Lothian Books, Australia) -and launched my new career as a writer: Russian Roulette 20:20, (a 10K SF story in Shine) Solaris 2010; From Russia to Love, Robson Press 2012; Butterflies & Demons historic fiction about the Adelaide Aborigines and the latest Sexy at 70 - A Spiritual Quest (both seeking publishers). My husband Jake and I grow a vast organic garden of vegetables and fruits, rear chickens for food and eggs and run two electric solar-powered cars, one being a fabulous Tesla. We are living the dream and enjoying our retirement.
Show Comments Hide Comments