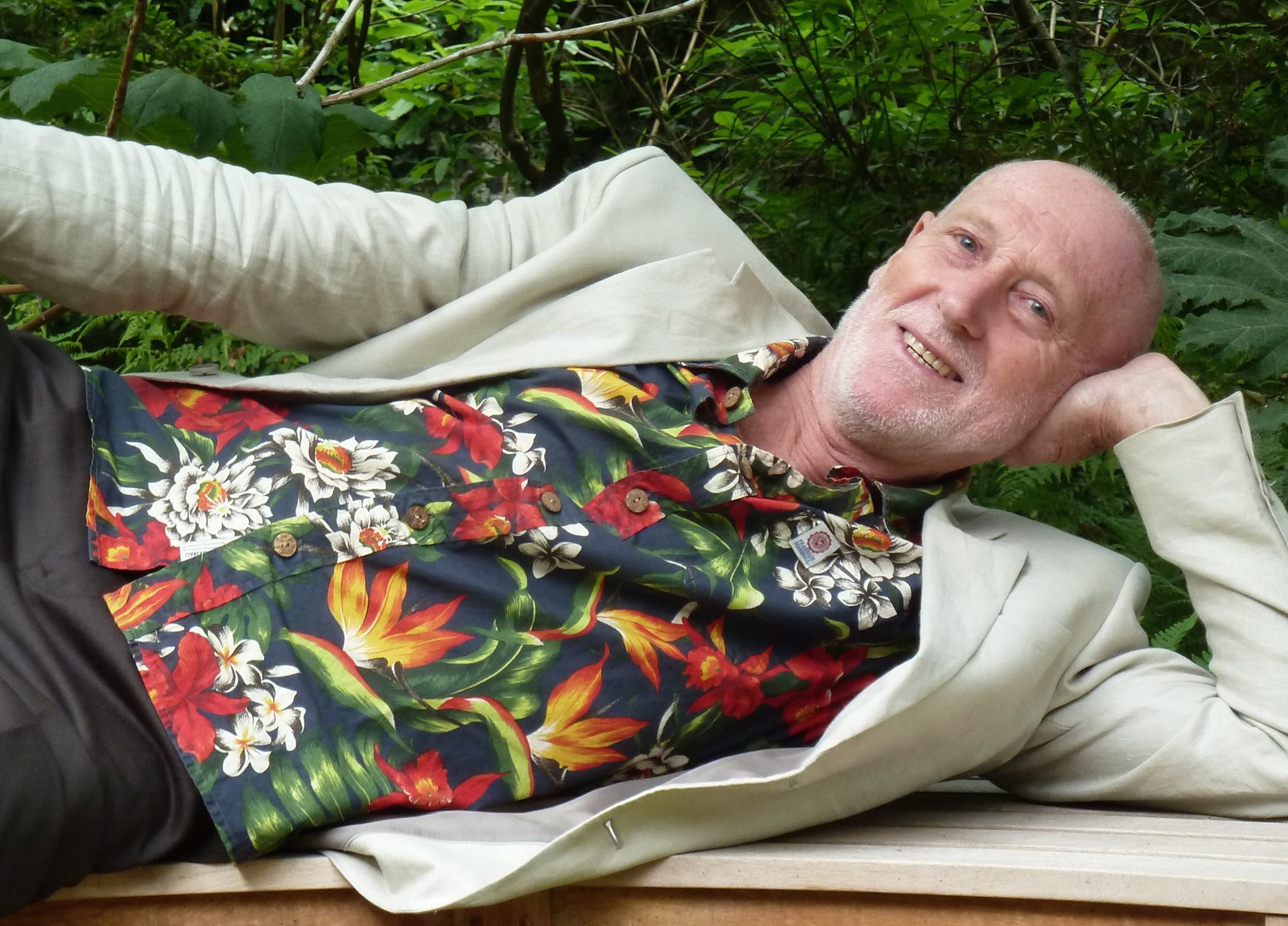 Much of my life, despite discovering meditation in my 30s, has been about achieving goals – either physical ones in different sporting activities or intellectual ones in my medical career. Although often denying it, I was very competitive. I competed in sports at school and university and later on became obsessed with achieving improvement in performance as a rock climber and mountaineer. Even during meditation competitiveness could creep in, in the form of achieving good results.

And as a man this applied in the field of sex as much as anywhere else. The goal of course was to achieve that desirable yet elusive ever-more earth shattering orgasmic ejaculation; and not only that, but to make sure the woman had the same, simultaneously. It was even my responsibility that she did, or so I thought – what misguided arrogance to think that I should be in charge of her body. No matter how hard I tried this scenario was doomed to fail and end in frustration and worse: projection and unspoken recriminations towards the other – familiar picture anyone? And putting oneself under pressure can inevitably lead to the issue of performance anxiety with burn out and even physiological failure, i.e. erectile dysfunction.

I would like to think that now in my 70s life is more laid back but am not sure this is so. What I can say is that I am less obsessed with achieving goals and happier to enjoy the landscape along whatever way I travel. Of course there are still goals but they are simple, practical, everyday ones: when cooking a meal I want the result to be pleasing – both on the eye and palette. Also I am less concerned with impressing others and happier to be me: eccentric, opinionated, flamboyant, insecure. Of course, I still catch myself slipping back into old habits around wanting to be the best but I am not perfect and have come to realise that to pursue perfection is pointless!

And along the pathways of getting older – my mountaineering accident, the death of my wife – I have chosen to face the nooks and crannies within myself. I have attended personal development workshops in which I have had to face and own my shadows in public. I have taken risks exposing sexual and emotional issues around shame and weakness to strangers. I have dared to ask for what I want from another person while showing them who I am and seeing who they are – without masks. And as a result I have re-discovered a zest for life, my big heart and how much fun I can have. It has definitely been life-changing.

I am blessed by finding a strong-willed, like-minded woman to share in this. When I asked her to be my “tantric sex goddess,” after some hesitation she said it was an offer she could not refuse, but then spent months backtracking every time I came forward. I had to learn patience, to respect another’s boundaries and compassion. She had to learn how to show her vulnerability. In any case, I had no idea  what I meant by such a request, which although was what I thought I wanted, was also a fantasy. I was soon to find out the nitty gritty of real relating. And it has not been a particularly smooth ride but a real and honest one. We choose people to relate to intimately because they mirror ourselves and press our buttons. Accepting this, however difficult, can be a springboard to deeper intimacy.

We first came to know of each other’s existence 4 years ago in a seven-day group process known as the Path of Love which is about getting in touch with our potential to be in our hearts. It is not about sex as such but sexual energy is our life force and this process is also about taking risks and living life to the full. Participating in such groups together can be scary but also bring a deeper intimacy and tenderness between couples. Partly in order for our relationship to survive, we have taken part in several residential events including Path of Love as staff, and as participants in a Shadow Work weekend and a seven-day Making Love Retreat where the emphasis was on Slow Sex, a flowing, organic, playful immersion into consciously sharing body, mind and spirit. Basically, it includes spending sweet loving time together. Another discovery was how it is possible to do soft penetration: the penis entering the vagina while only semi-erect! I believe relating to another has to be worked at and this applies to sexual relating. I prefer the word “relating” to “relationship” as I think it gives the impression of something dynamic rather than static.

Gradually, over the last four years, my partner and I have found a way to become slower and less expectant in our sexual life. And I have been able to – after quite a few red hot battles – give myself something more organic. Somehow it now no longer matters whether she has an orgasm, or I do, or no-one does, we’re on a continuum of sexual pleasure which in traditional terms might be considered foreplay. With penetration added. But no pressure.

Something we use as a resource when there is friction between us is to sit facing each other, holding hands starting with eyes closed focusing on breathing into the belly, and then when ready opening the eyes and gazing softly at the other’s face with no judgement, being passively receptive, not actively looking. Then taking it in turns to share what we appreciate about each other. This avoids the mind’s tendency to dwell on negative thoughts and projections and inevitably dissolves the friction. And it is always nice to feel appreciated and not taken for granted.

So, whenever we can, we bring little rituals into our love making as part of setting the desired scene: giving a sense of erotic sacredness. Like slowly undressing each other to a backdrop of lyrical, meditative music and then having a bubble bath together and washing at least each other’s feet and legs – slowly and lovingly, while lying facing each other. In the past I would resort to candles and incense but that was it. Now there is no rush or goal to be achieved and in this way everyday actions become part of making love – even going for a walk or drinking a cup of tea together.

This period of intensive self-exploration has happened over the last five years of my life probably as a result of having more time on my hands to reflect on my real priorities and want I want out of life. This includes making a commitment to make it work between me and my woman.

But the pressure to achieve unrealistic goals is off, which means we can enjoy the adventure. 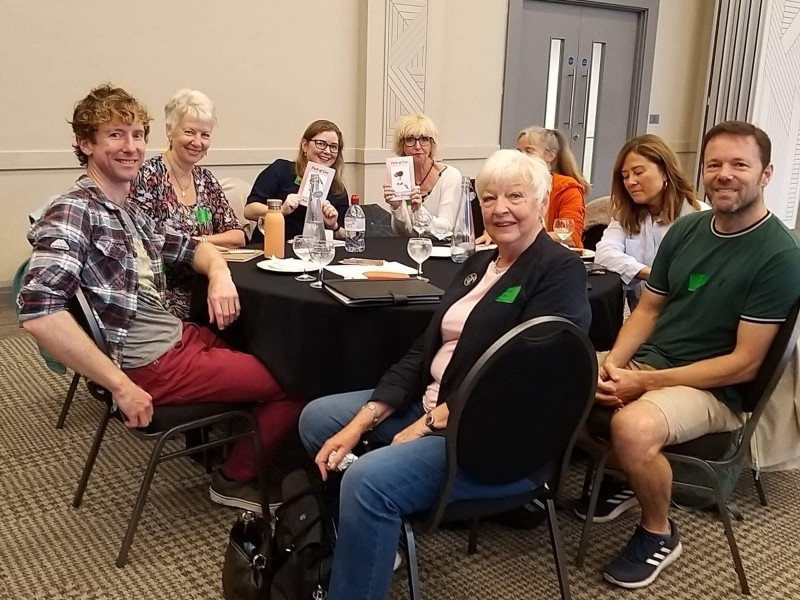 6 mn read As a child I loved to read and write but where did that come from? Our story is a familiar one. Dad came over from Ireland in the 1950s as the farm could not support him. He met and married mum and as Irish Catholics, children kept arriving. Dad worked away from home supporting us […]

Advantages of Age,Exclusives,Wellbeing
6 mn read
12
A of A People