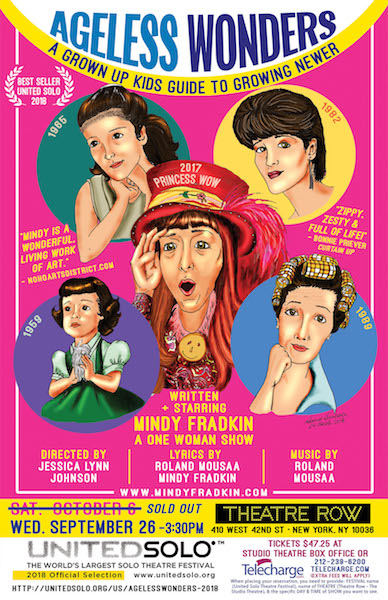 When I entered my sixth decade, I started feeling like I had entered a new universe. People began talking to me differently. “Are you retired? Are you still working?” People at a previous job were mostly in their 20s, and I was older than their parents. Weird. One day you wake up and it’s a new reality. Maybe I have more wrinkles, brown spots? I must look different! In my thinking, I don’t feel any different. I had a job that was awful, and I came home one day very exhausted, more tired than ever, and I began writing this show about ageism in America, and my experience being a ‘senior’ in our youth-driven USA culture.

It’s also harder to be an ‘older’ woman in our society. It may be better or worse in the UK. I am not saying it’s easy for men either, but there is more bias against us women. Men are ‘distinguished’ while women are judged on how young they look again and again. Hence the cosmetic surgery industry and so much more. Times are changing though. Through writing my show about ageism in America, I started meeting women who shared the aim to shift perceptions about aging and who realize we are no longer want to be in the youth club. 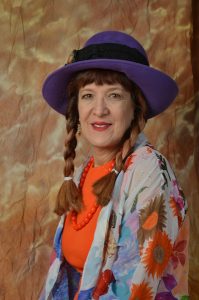 I had never written a one-woman show. I had been performing a one-woman improv, interactive show for decades promoting designer hats that I created, and would sell them at the end. After a while, women’s clubs, senior homes, and charity events would book me to perform. I wore outrageous outfits and featured my hats as the art. I was previously a wardrobe stylist for print ads and billboards. I did costumes for a film, and the whole time, one of the actors said I should be in front of the camera, not behind it, and I could just get up and talk and everyone would laugh. After that summer, I took a comedy class in Manhattan. I went on to do stand-up comedy which led to studying to be a milliner. 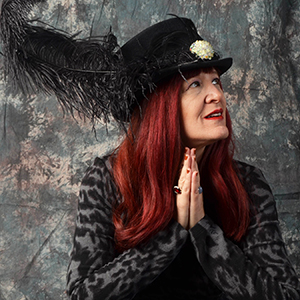 Hat making was wonderful, but I needed to still perform, so I created a hat performance which is part of my one-woman show, Ageless Wonders.

Years later, on my dad’s deathbed, he gave me a big grin. That smile changed my life for the better. He rarely smiled, as he had experienced a tragic childhood. I was inspired to start a movement about the healing power of a genuine smile. The Smile Revolution was born. I started a blog, had a radio show with celebrity guests, like Pete Seeger, Richie Havens, Arlo Guthrie, Buffy St. Marie and more. My waistband (ex-husband), Roland Mousaa, introduced me to them and worked with them. He and I wrote a series of smile songs that we sing in my new show.

After my radio show ended, I was developing a tv show to promote The Smile Revolution. Nothing was working out. I went to Los Angeles, and saw my actor friends who said, “Why don’t you do a one-woman show, and here’s a coach?” I immediately contacted Jessica Lynn Johnson, an award-winning Best National Solo Artist, and Director of Solo Shows. I could never have written and performed this play without her direction and guidance. I started writing a show about my childhood, but after a few months, I paused as it felt really hard.

After nine months ( like giving birth!), I was working at a job that I hated, and one night when I was tired out, I started writing my new show. It’s been a tremendous amount of work and financial investment, but it’s been the most rewarding experience of my life. I feel fulfilled and happy, yet stressed at times too! 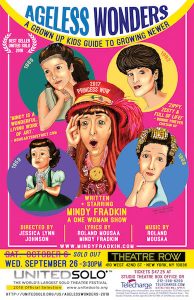 My show has a metaphysical twist to it, which gives others hope, and a new perception of ageing.

In my show, I speak directly to the audience sharing personal stories as well as inspiring stories about aging that help shift perceptions, mainly for women, since its harder for us in the U.S.A. I do an interactive ‘Hat Parade” with my designer hats, sing original smile songs with my was-band, ex-husband, Roland Mousaa, promoting the healing power of a simple smile. I interviewed in a 2-minute video, Anthony Mancinelli, who at 107 has been cutting hair for 95 years, works full time, and drives. He is a true “Ageless Wonders” and knew he would inspire my audience to realize they are not old!

“Mindy is a wonderful, living, work of art.” Nohoartsdistrict.com

“Mindy is zippy, zesty, and full of life!” Bonnie Priever, Curtain Up

“She leaves the smiles and laughter for keeps.” Paul Smart, Woodstock Times 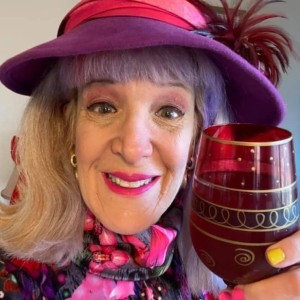 I have been involved in the arts my whole life-as a performer of Hat's Entertainment, with my designer hats as props, a singer/songwriter with my was-band, Roland Mousaa, former radio show host, music promoter and founder of The Smile Revolution raising conscious awareness to the healing power of a genuine smile. I started performing at 8 years when I booked myself at my own birthday party. It was a Beatles Party, in 1964 when The Beatles came to America. More about this in my one-woman show, "Ageless Wonders: A grown up guide to growing up!" There is so much to say, best to follow my blog on this site, and I will be announcing my upcoming shows. Promise.
Show Comments Hide Comments